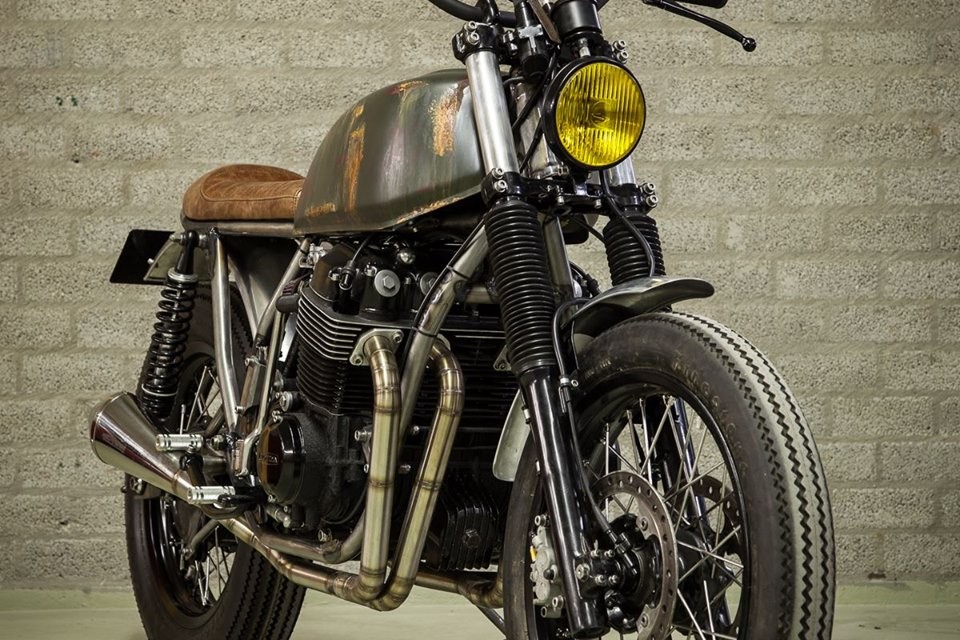 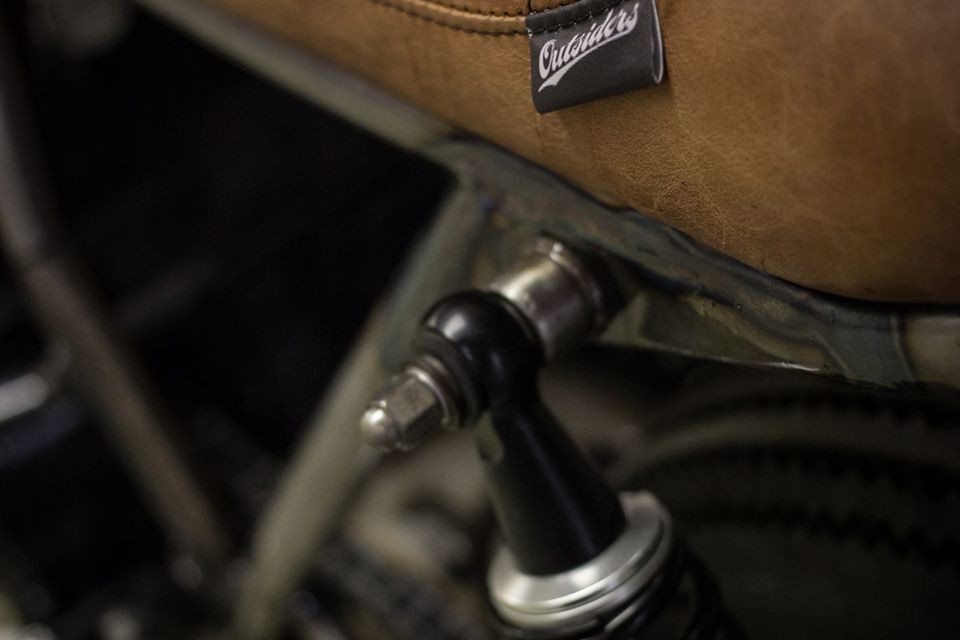 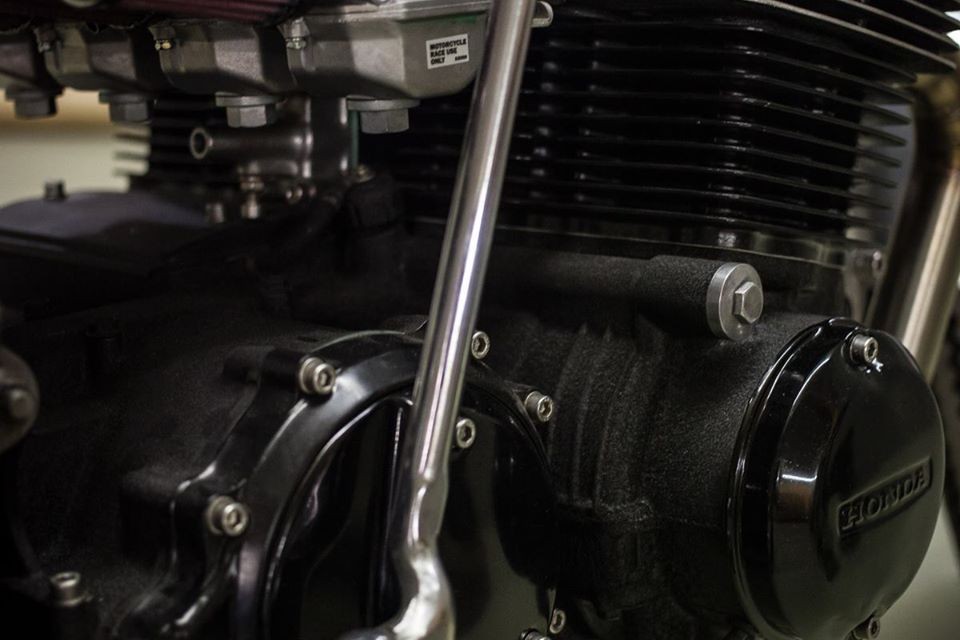 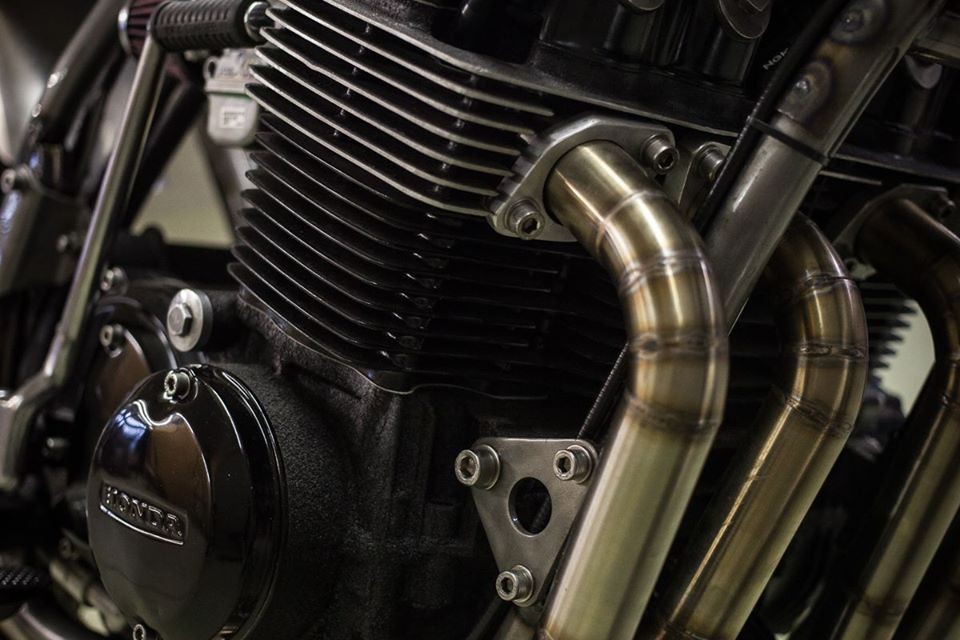 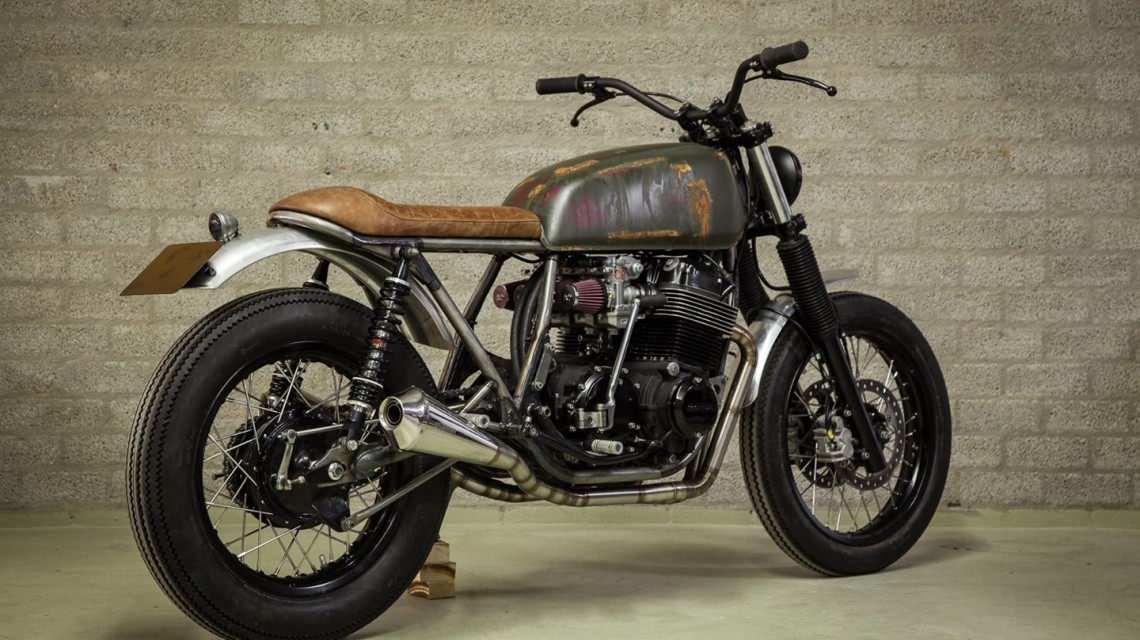 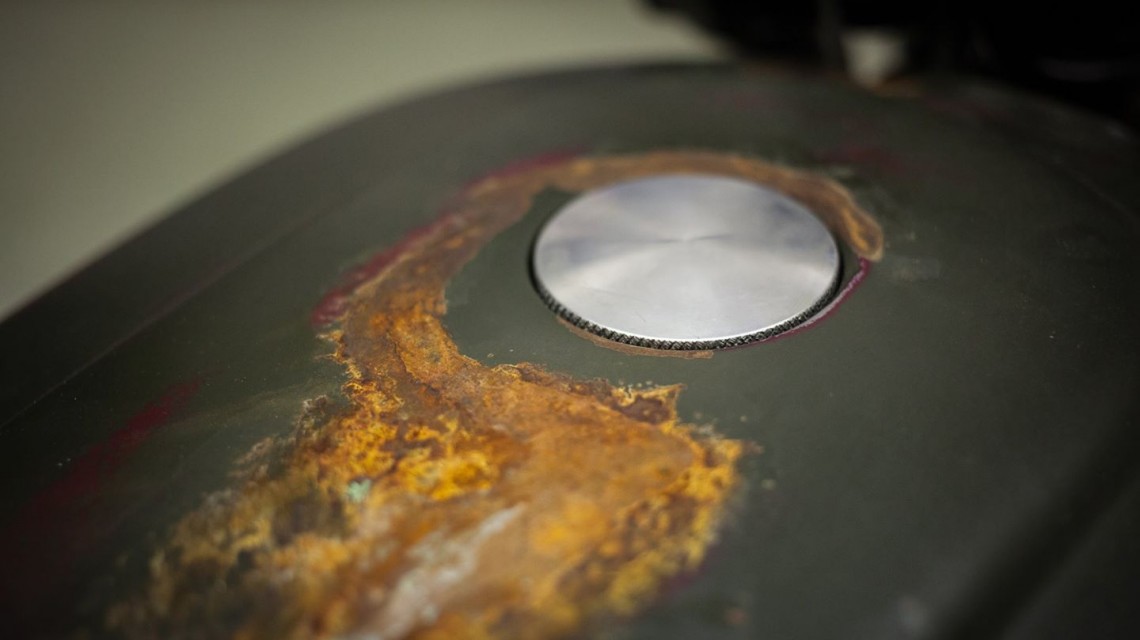 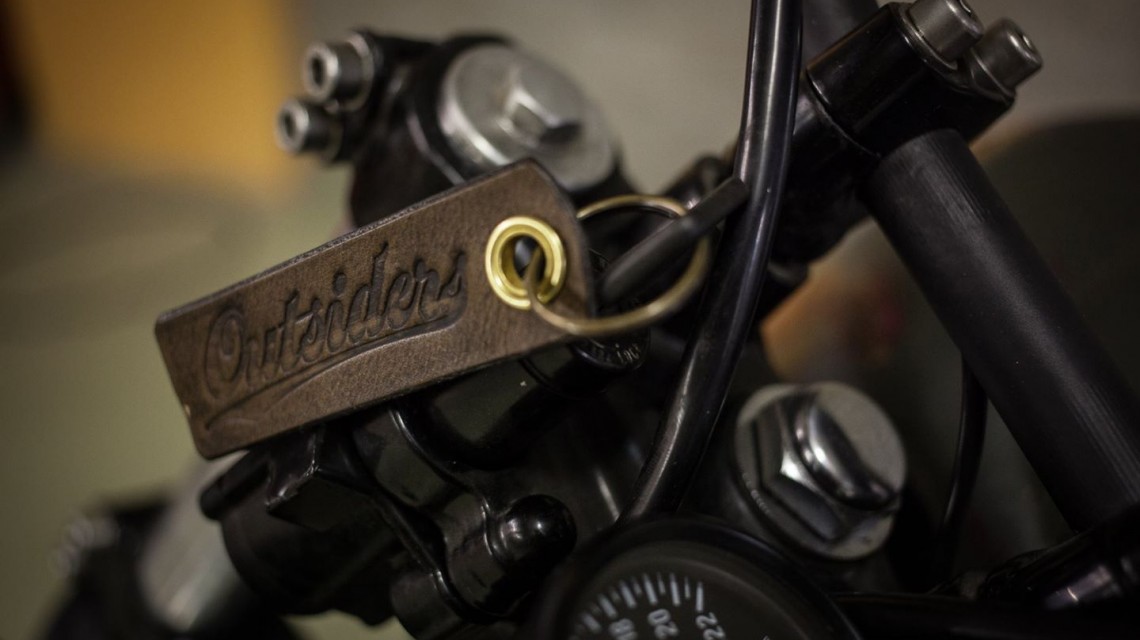 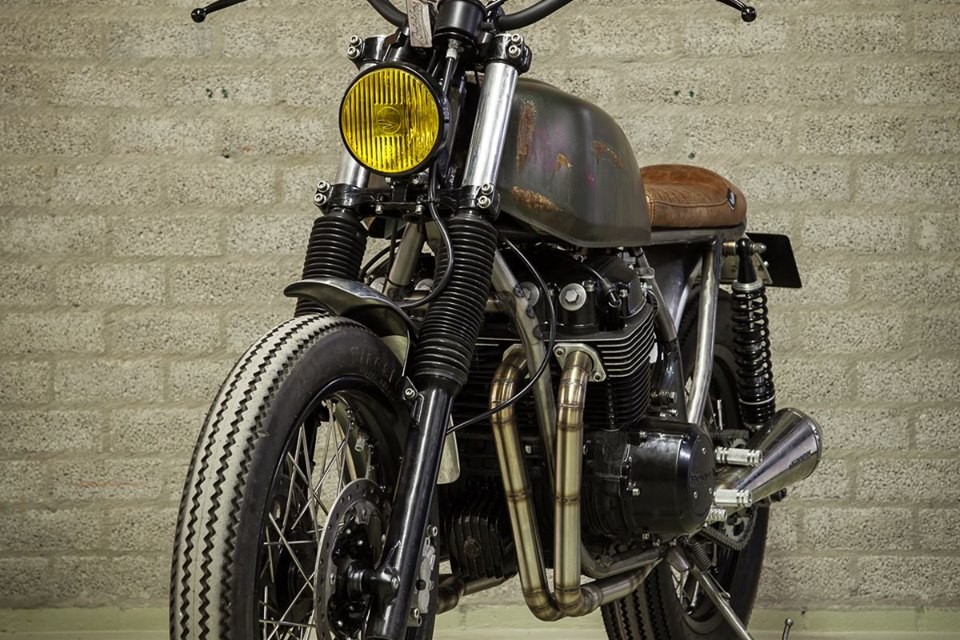 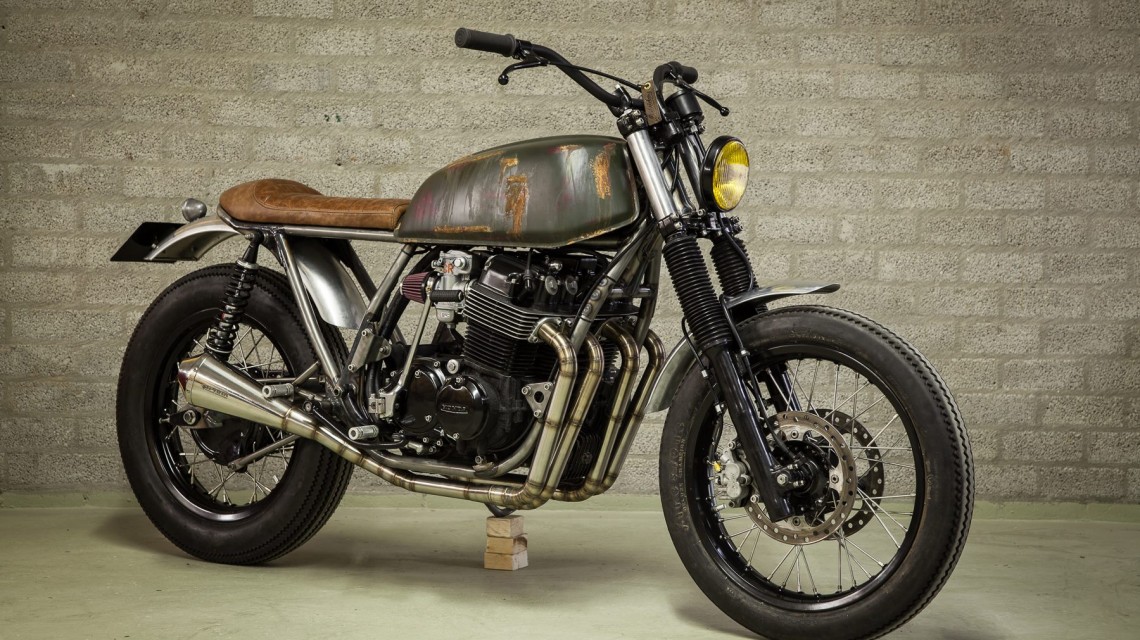 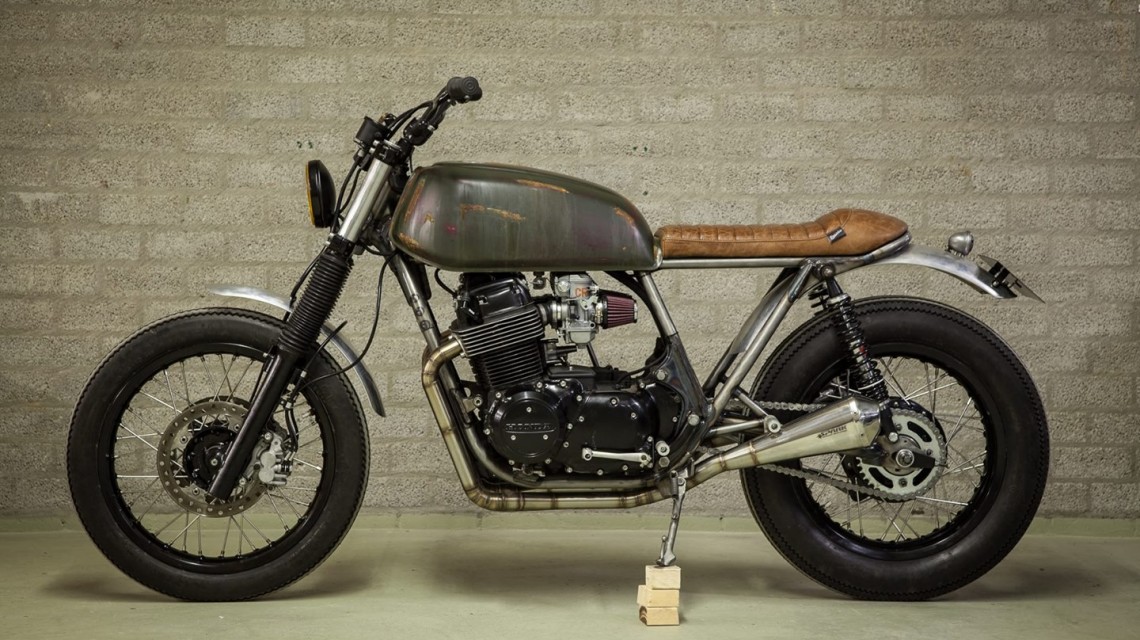 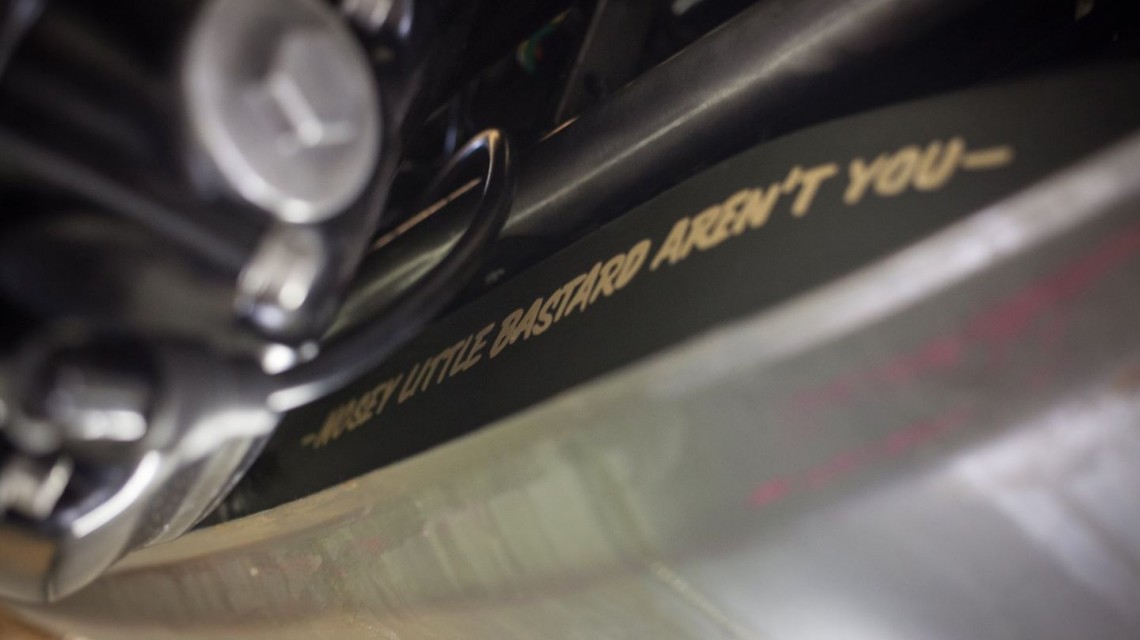 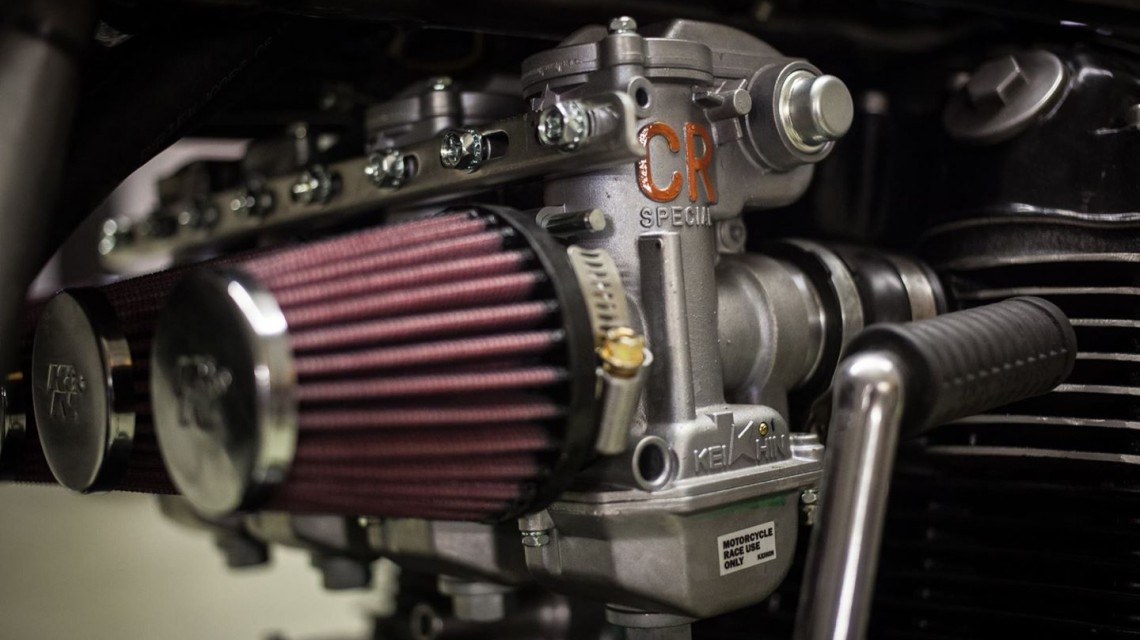 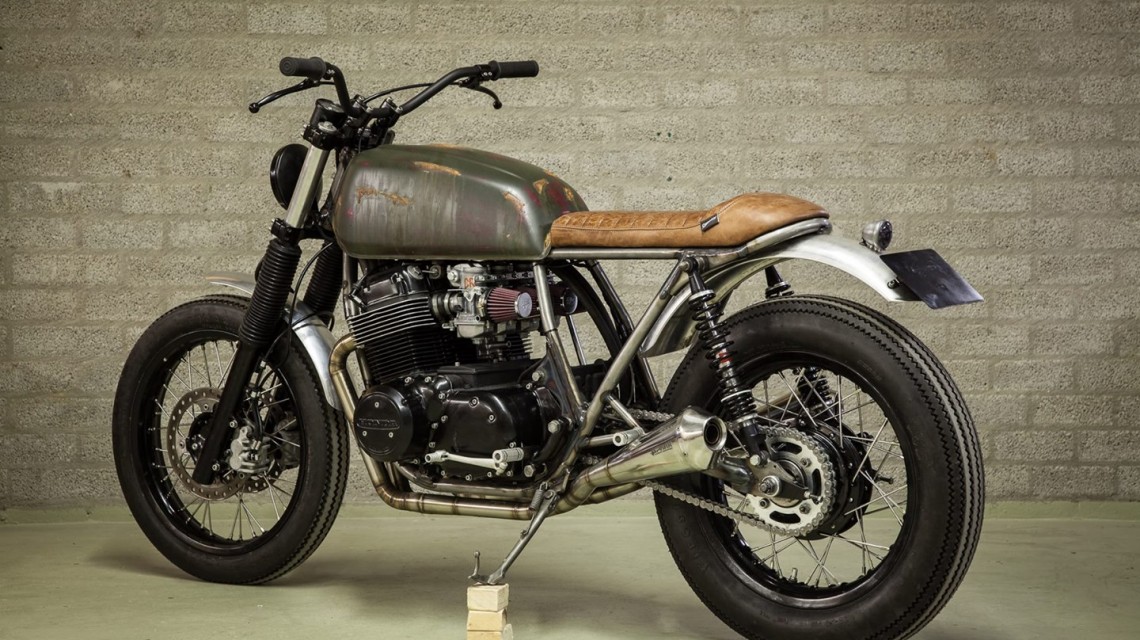 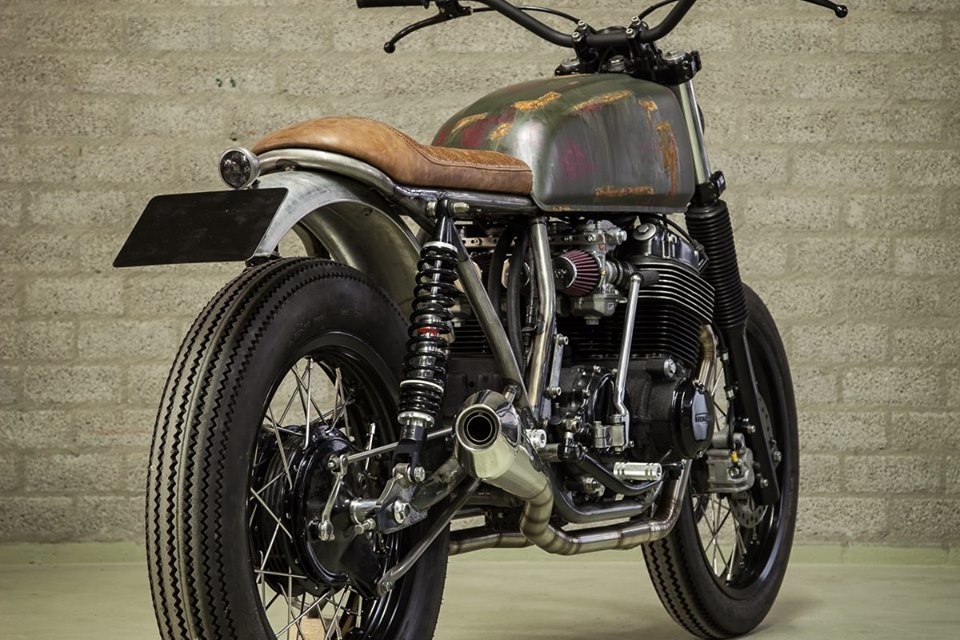 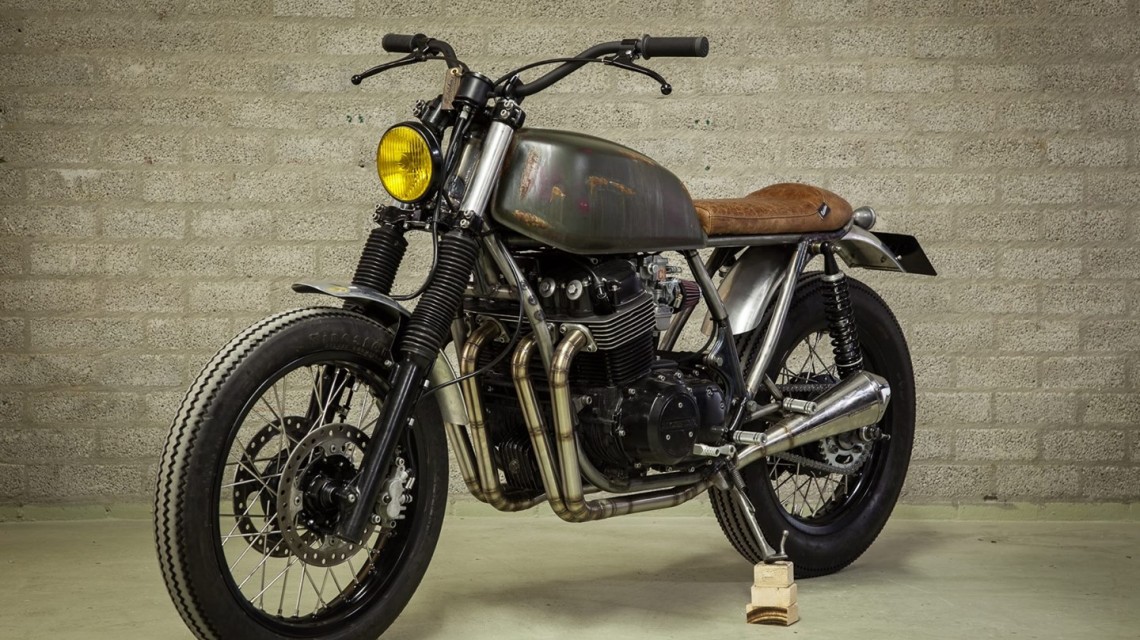 The CB750f2 for Lars. Our 7th commisioned build.

This build was also featured on BikeExif.

“So one time, we got a call from Lars,” says Bert. “He’d just bought a 1978 CB750F2, and was looking for a shop to upgrade it. We met in Amsterdam and talked all night about the bike.”

Most of Outsiders’ customers walk into the shop with a clear plan and budget. But Lars was happy to sit back and let the crew do their thing—as long as they ran any big expenses by him first. “He’s a graphic designer by trade,” explains Bert, “so he knows it’s important to let a certain ‘flow’ take over a project. The best stuff happens when you let go.”

Bert loaded the CB750F2 into his van and hauled it back to his shop. The engine was in a bad state so the cylinders were honed, the heads ported and the valves resurfaced.

New rings and valve seals were installed, and everything was put back together with stainless steel hardware. At Lars’ request, the starter motor was removed: this CB is kick-start only.

Some of the ideas from Bert and Lars’ first chat included clean bars and an empty frame under the seat. The frame went into a jig to be de-tabbed and reworked. The subframe is all new, and includes redesigned exhaust and passenger peg brackets.

The under-seat oil tank had to move though, so a new one was made from scratch. It’s now located underneath the fuel tank—along with a Ballistic Evo2 battery and most of the electrical components.

For the cockpit, Outsiders installed a set of bars found at a swap meet. To keep the cockpit minimal, Bert built an internally-routed throttle and a cable-actuated front brake—with the master cylinder hidden under the seat. The bars are capped with a pair of Biltwell Kung Fu grips.

Lars is pretty tall, so Bert wanted to increase the CB’s ride height. A Honda Transalp front-end was grafted on, complete with dual disc brakes. Out back, Bert fitted a set of custom-made, 395mm shocks from Bitubo—now hooked up to a CB550 swing-arm.

When it was time to coat the frame, Bert had ideas of his own. “Lars wanted the frame black,” he explains, “but because he was so quick on the ‘OK’ with everything else, I secretly went to the coater to test a piece of brushed scrap metal.”

“Once we saw the result, we went for it: a sand blast, wire brush, acetylene, clear powder coat process. I didn’t know exactly how it would turn out, but we both loved the outcome!”

The fuel tank was an equally interesting process. Lars had taken it to a painter for a matte black job with gold leaf detailing—but on the bike, but it felt out of place.

“We have lots of old tanks lying around,” says Bert, “and one night after work we were drinking beers and slapped some random tanks on the bike, out of desperation. A rusted-beyond-repair BMW tank looked really good on the spotless bike.”

Bert selected a CB650Z tank to replicate the rust effect. After modifying it to accommodate the electrics and new oil tank, he sent it off to the paintshop FutureRelics. They coated it white, red and then green, before sanding down and clear-coating it. A rust ‘goo’ was then applied: a combination of metal shavings and epoxy, treated with various acids.

On went a custom-made, brown leather seat, aluminum fenders, a small speedo and new lights. Every last finish was carefully thought out; the black housing of the Bates-style taillight was sanded and clear coated, and even the ‘CR’ logos on the carbs were changed to rusty orange. (Because “red looked wrong on the bike.”)

“Lars is not your ‘here’s a picture from Instagram’ type client,” says Bert. “He gave us really good feedback. And because our jobs are visually similar, we had good discussions about a lot of stuff we normally don’t ask clients.”

“He upped the ante. It was a steep learning curve, and I grew big-time as a builder.”

As the project drew to a close, the bike was scheduled to appear at The Bike Shed event in Paris. Then disaster struck. Bert had sent the rims off for powder coating (to cover up the yellow ‘Excel’ logos), and the coater had lost them.

With no option but to order new rims, the Outsiders crew put in over 100 hours a week to get the bike done in time.

“We were exhausted, but Paris was a complete blast—what an awesome event! Lars and his girlfriend booked tickets and came to see the finished bike for the first time at the show.”